Well for one reason or another I haven’t been able to get out for a week and I have found looking out of the window quite a miserable experience: we have had such a run of poor weather and there’s certainly not been any reason to enthuse about the joys of spring.

Yet on our short walk along the coast south of Clevedon on the Bristol Channel I did take some photos. Not many to be truthful and nothing I could be proud of, but I did take some. I wasn’t going to publish them because they were so poor. However,  in the end I decided to as they serve as a reminder of the miserable pascal weather. I also kept hearing in my ear the Duke of Wellington’s quote of “publish and be damned” (https://www.independent.co.uk/voices/rear-window-when-wellington-said-publish-and-be-damned-the-field-marshal-and-the-scarlet-woman-1430412.html).

On the first part of our walk all I saw were shelduck: they were quite interesting to watch and hear as some of the males were being quite aggressive to each other. 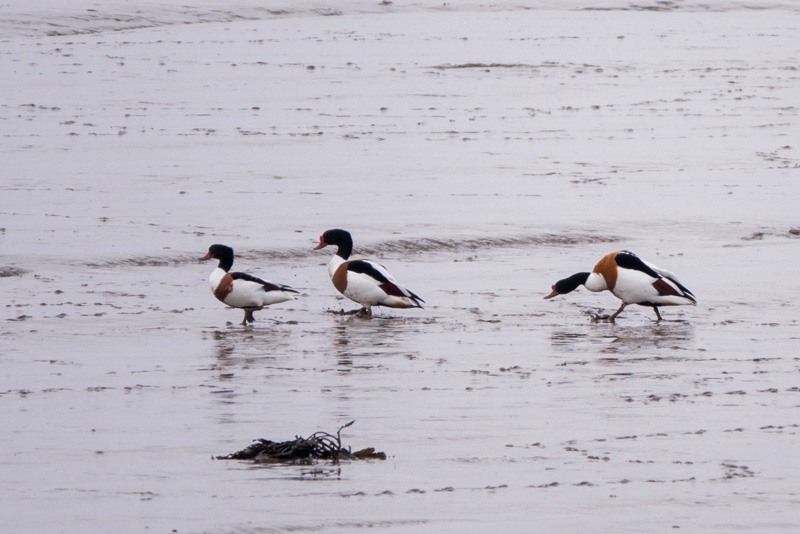 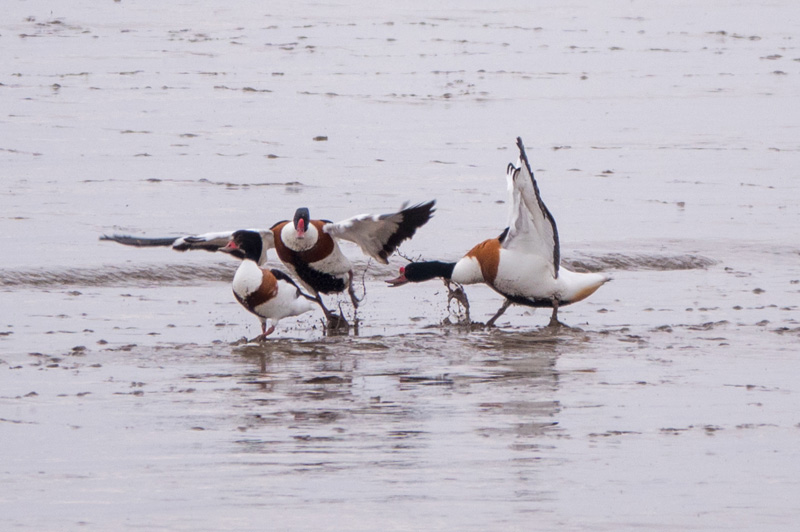 Inland I caught sight of a kestrel which hovered and then perched some distance from me.

All along the coast we could hear skylarks which was the most positive aspect of the walk.

We could also see some flooded fields inland with little egrets, lapwings and (because a very friendly fellow birder pointed them out with his telescope) redshank too. A buzzard was then mobbed by a couple of crows.

Redshank huddled together with one standing apart

Buzzard being mobbed by crows

Just before the end of our walk I could see a couple of curlew and some oystercatchers and then some people acting very strangely on the mudflats (they weren’t fishing or looking for cockles just searching for some sort of treasure). 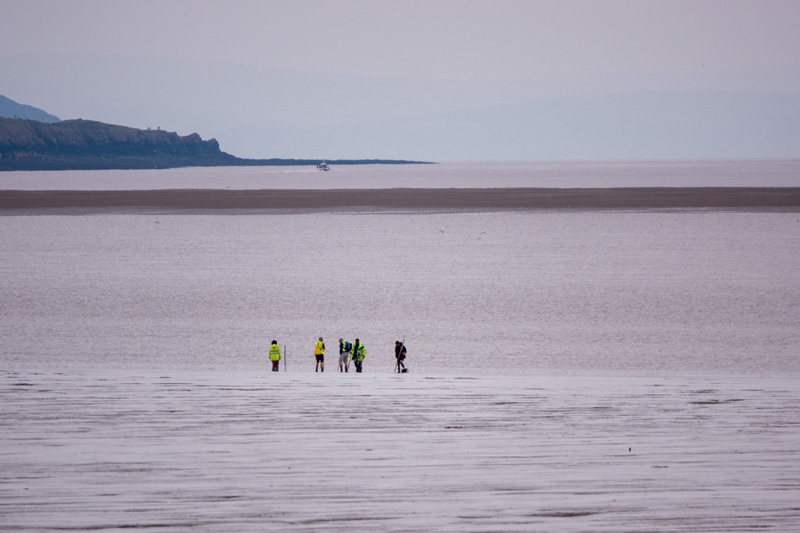 Certainly better than sitting at home I suppose. 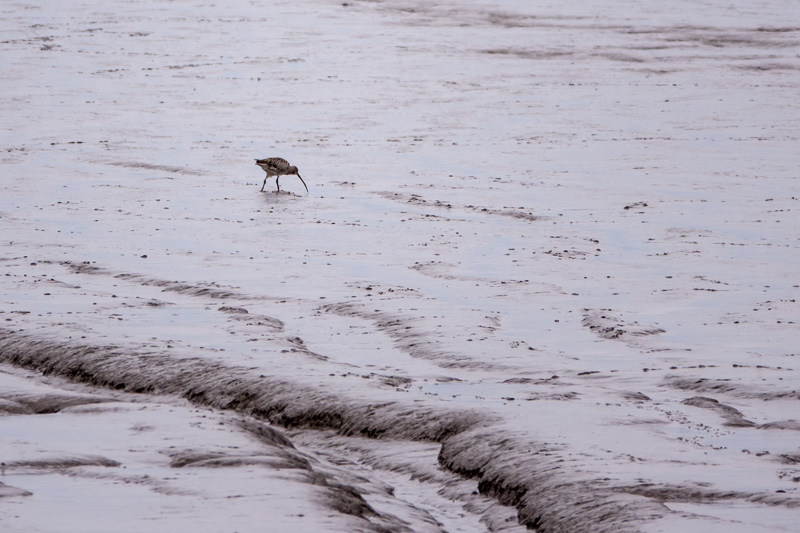 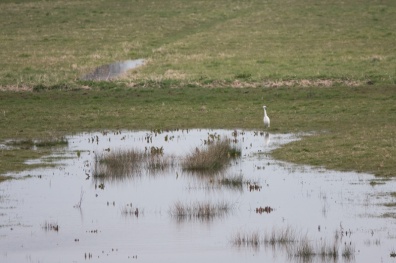 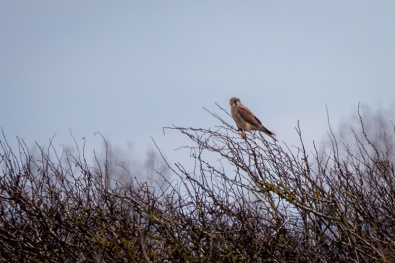 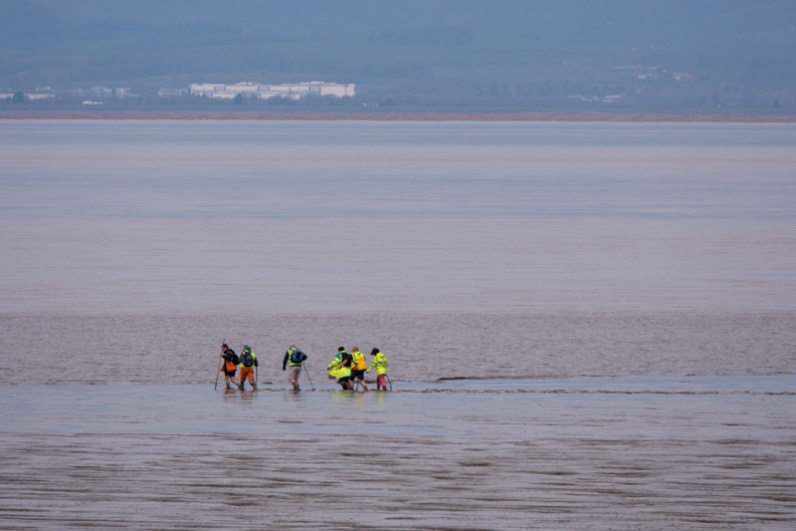 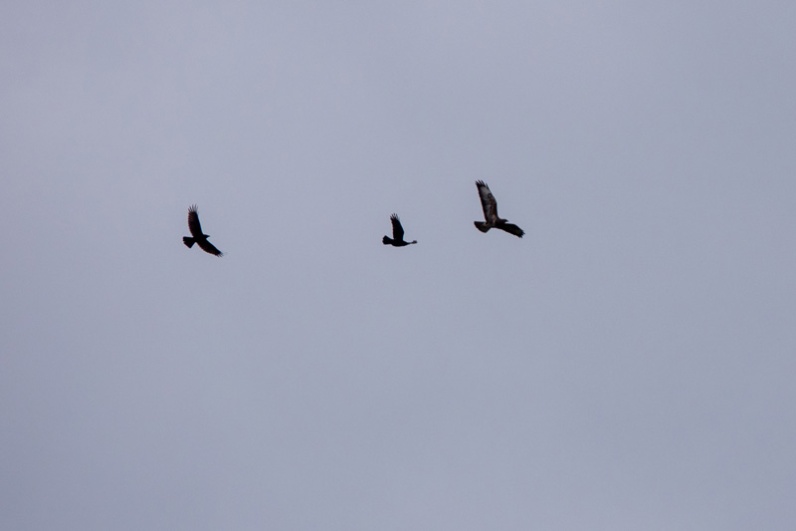 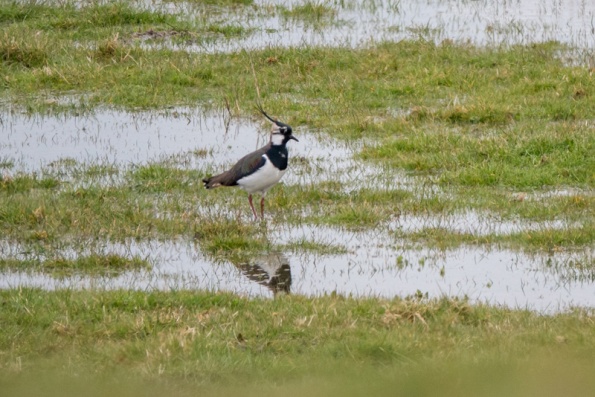 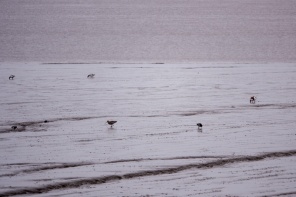