We had booked in to the Mull Eagle Watch back in February as soon as they knew where the hides would be situated (they have one in the south and one in the north of the island). As we were staying in Tobermory we were going to the hide in the north.

In order not to be late we went for a recce in the morning and then on to Calgary beach. We found an interesting Arts Centre nearby with an excellent café (and woodland sculpture trail which we didn’t have time for).

Calgary beach – this must be a very popular spot later in the year!

We were met by the warden, Rachel, who was most helpful and very informative. She gave us a briefing about the Eagle Watch project and a short description of white-tailed eagles, golden eagles and buzzards. She then took us to a viewing point where we could see through binoculars and telescopes a female white-tailed eagle in a tree adjacent to the tree where there was a nest with two chicks. We could easily see the female but it was very difficult to make out the nest and the chicks.

At the moment when I was resigned to just watching the eagle from afar and was fiddling changing lenses to get a better view the female took off and headed our way. I was caught off guard but managed to get some reasonable shots and even better views. 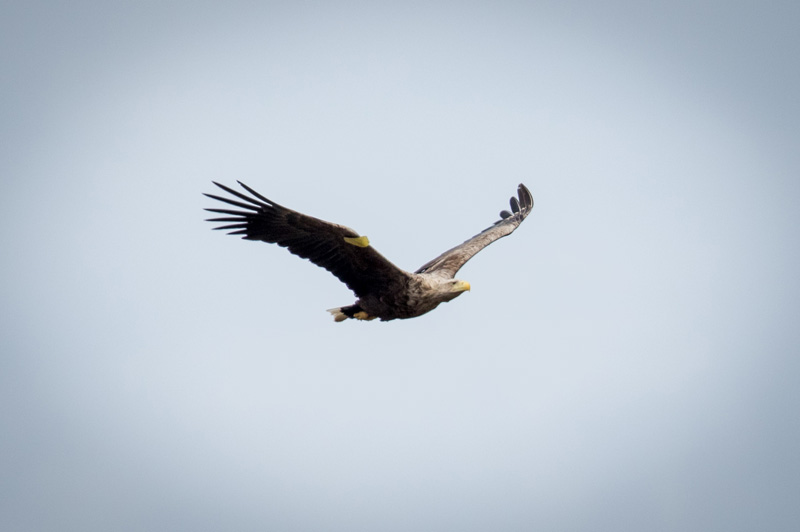 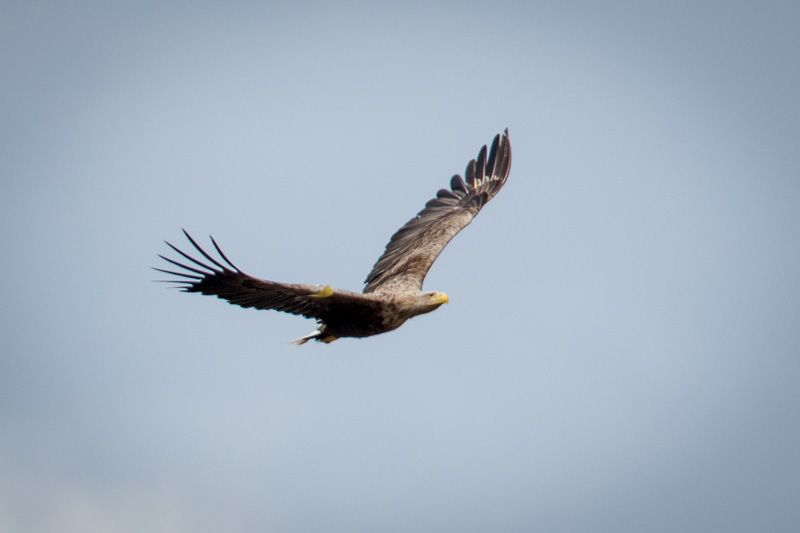 More photos of the white-tailed eagle in the gallery below

A little later a male sea eagle flew in to protect  the nest. 25% smaller than the female he was even more difficult to photograph.

On our way to the hide we had stopped off at a nearby loch where we saw a good variety of birds including common sandpipers, ringed plovers, redshank, dunlin, oystercatchers and grey herons; and so we also stopped on the way back too.

Redshank fighting off a gull 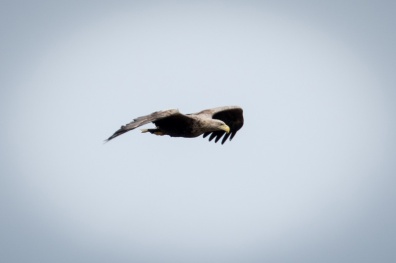 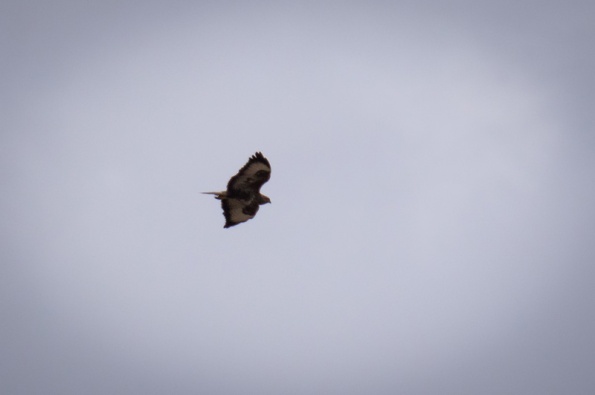 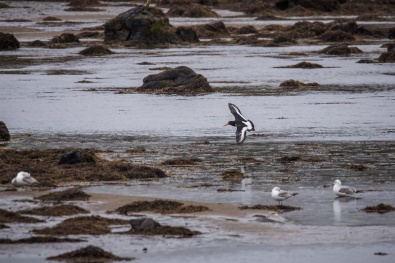 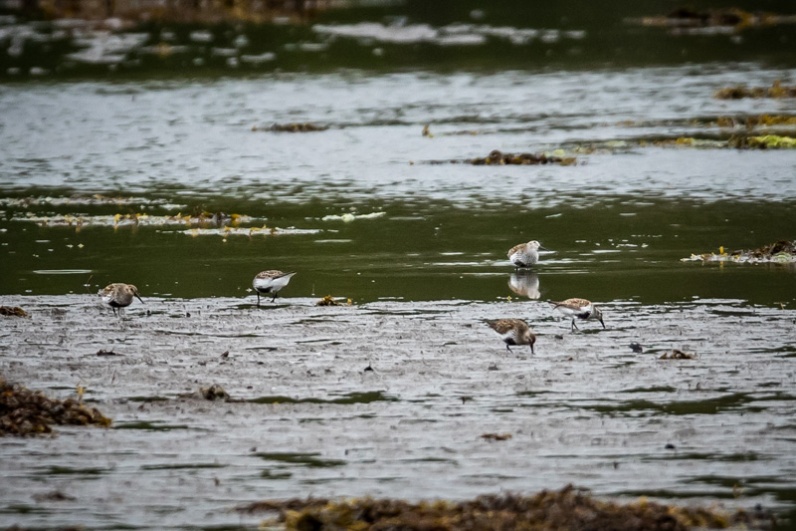 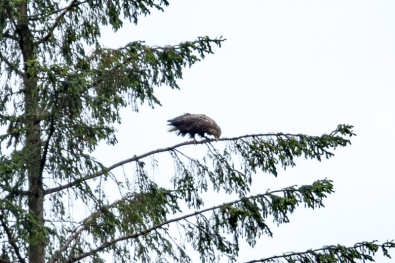