We made a last minute decision to go and try to see an osprey which has been reported at Shapwick Heath National Nature Reserve on the Avalon Marshes in Somerset.

We set off from Bristol in bright sunshine and I was still full of optimism when I met a photographer in the car park and saw his magnificent photos of the osprey flying around the reserve; but when I realised he had been there since 6.15 a.m. and that he was setting off home because the light was deteriorating I began to suspect that I might not be so fortunate.

We did see the osprey but it was sitting on a very distant stump of a tree and never left its post for all the time we were there.  There were a few distant sightings of marsh harriers and a buzzard but not much else of interest and as the hide was very congested we didn’t spend long there. 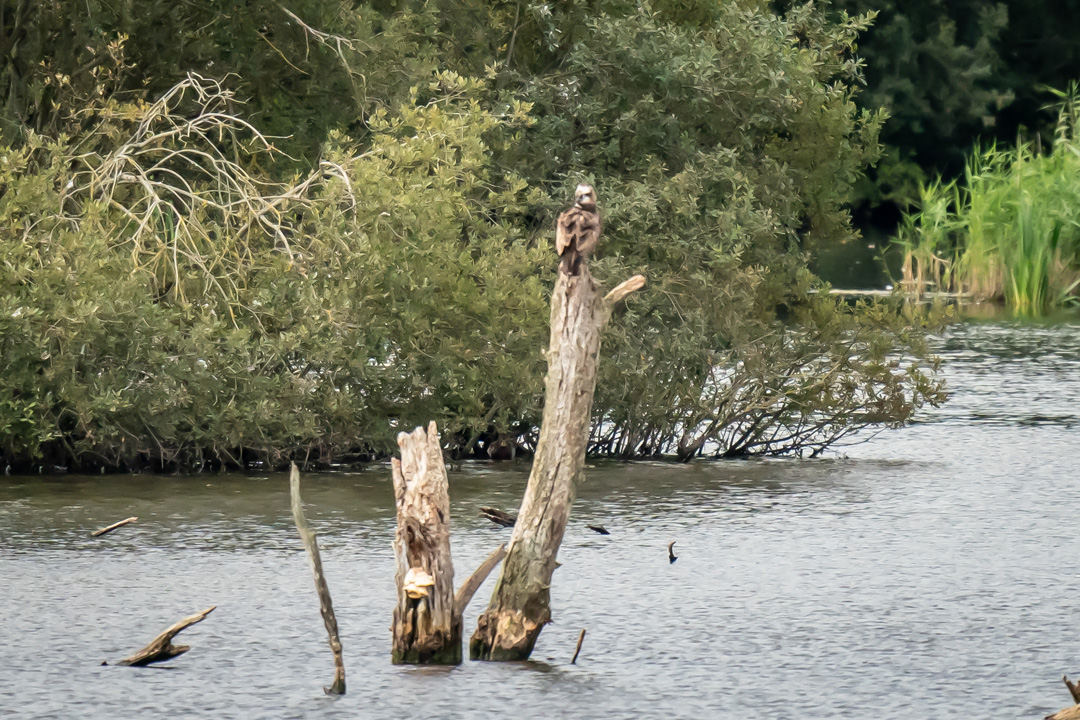 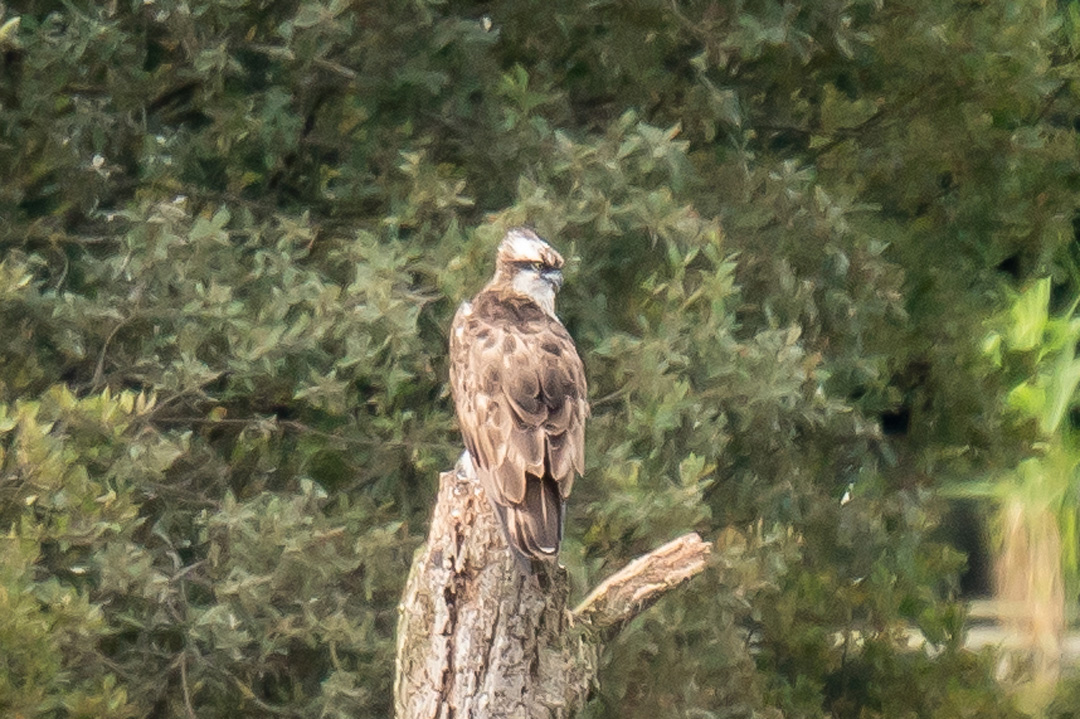 A very heavily cropped photo of the osprey

There wasn’t much activity either at the nearby RSPB Ham Wall and, as we really only had the morning available to us, I settled for a few photos of insects and a distant great white egret and a kingfisher. 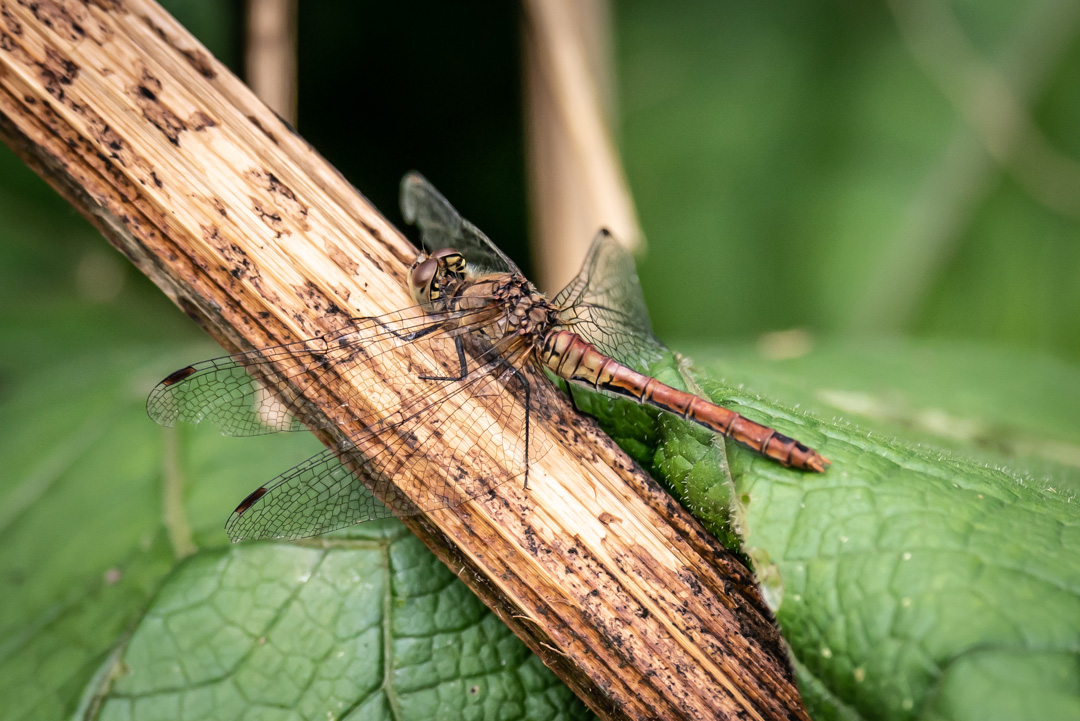 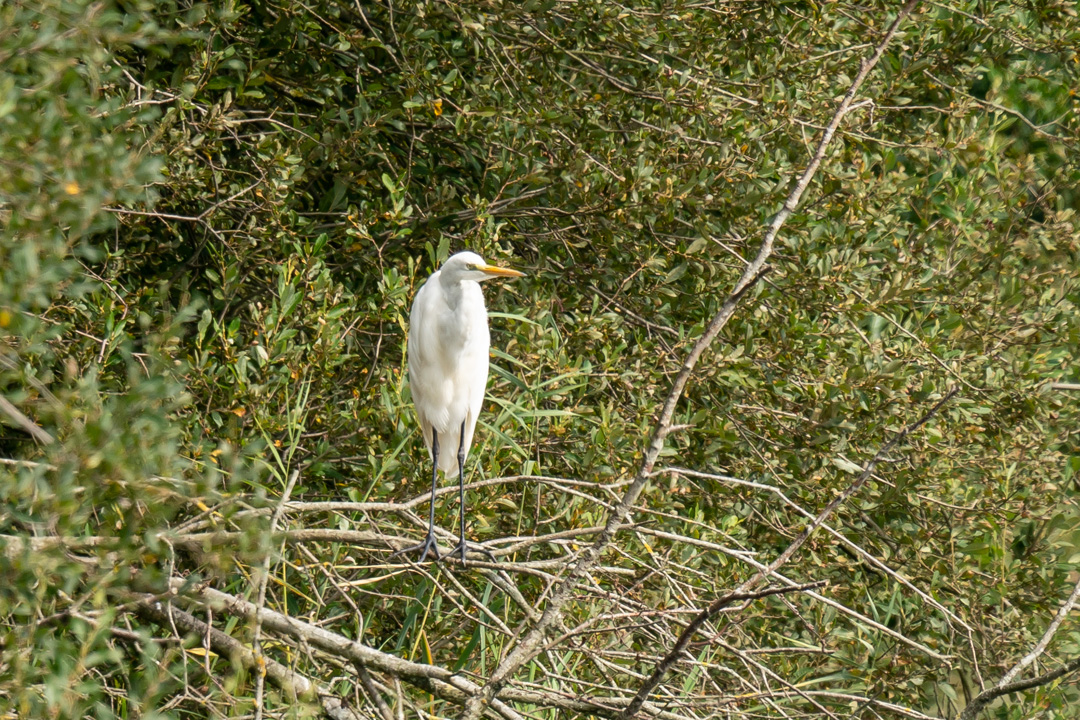 A great white egret in the same bushes

Disappointing maybe, but still lots of fun to see such a magnificent bird as an osprey.