Lower Woods between Wickwar and Hawkesbury Upton off Inglestone Common in Gloucestershire is one of the largest ancient woodlands in the south-west of England and covers three square kilometres. The reserve has 23 woods and coppices whose boundaries have remained unchanged for several centuries. This is normally an excellent time to visit the woods to see the bluebells. However, the views would have benefited from some sunshine and the paths, which were still very muddy, could certainly have done with some drying out. Neil, the very helpful wood warden, advised us that walking boots and not wellies would be okay – fake news (I think he was confused by his excitement of seeing a beautiful old Landrover arrive as the same time as us).

We only covered 8 kilometres but our boots were so clogged up that the inclines seemed much more arduous than on our previous visits and we were quite weary at the end and glad to get back. Its my view that the woods are prettier when the bluebells are just dying back and the ransoms (which were about to flower) are in full bloom. Tempting to go back in a few weeks but I fear we are bound to get more rain and have to cope with even more muddy paths.

Neil was confused by his excitement of seeing this old Landrover – he had three Landrovers of his own in the yard. 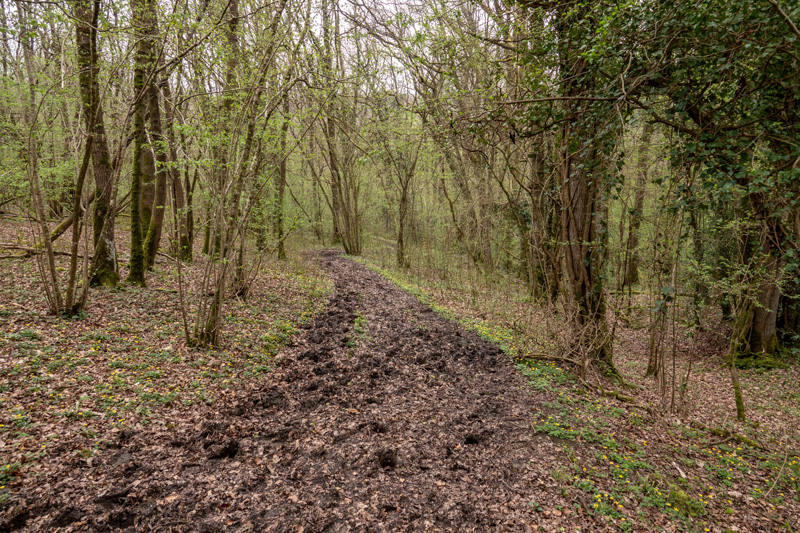 Walking boot terrain – I think not especially when it started raining

The bluebells would have looked better with sunlight filtering through 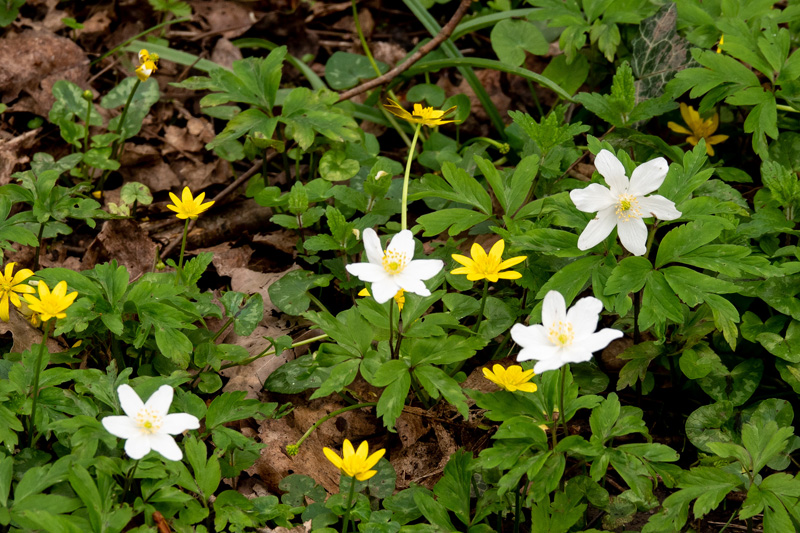 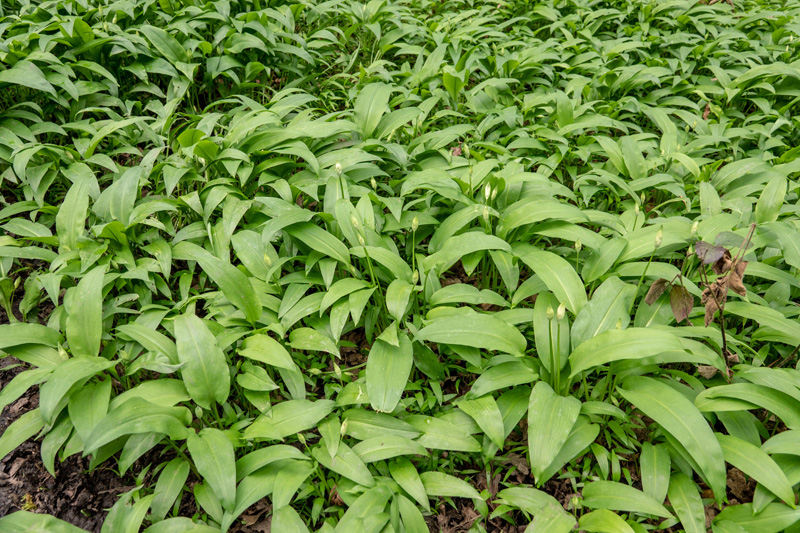 The ramsons were so close to blooming

The dandelions are certainly at their best at the moment 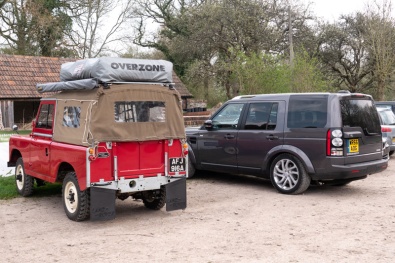 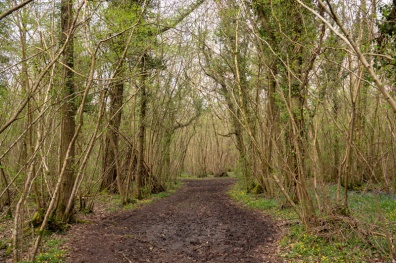 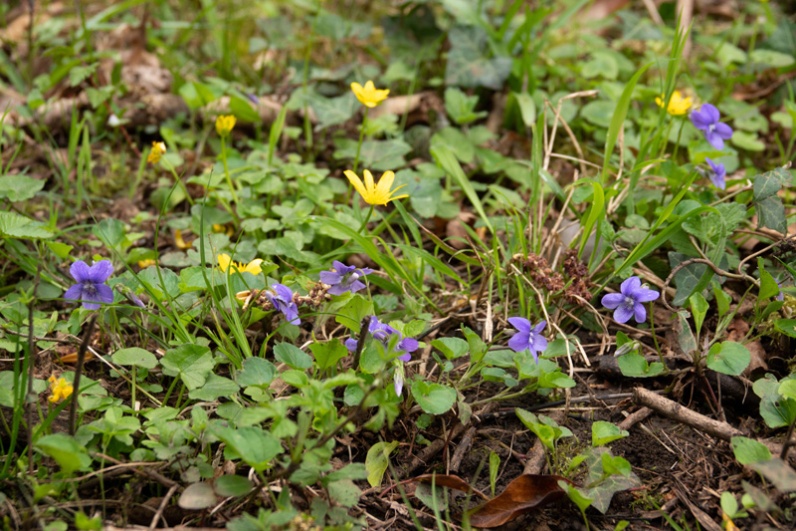 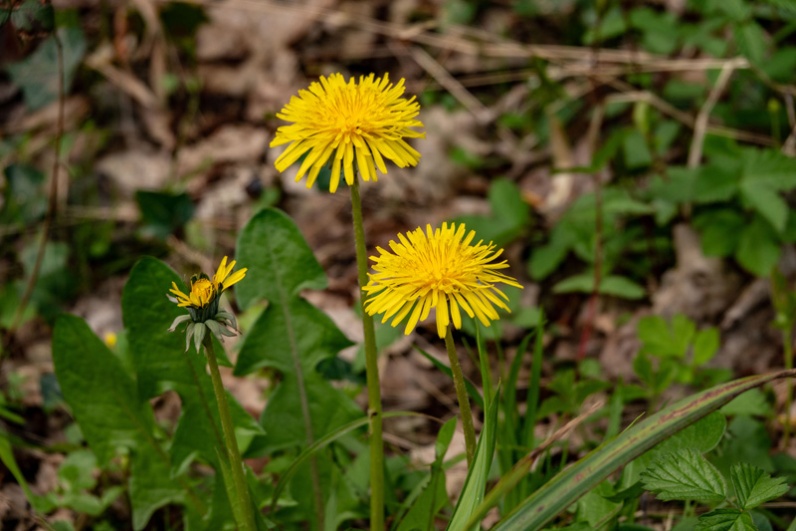 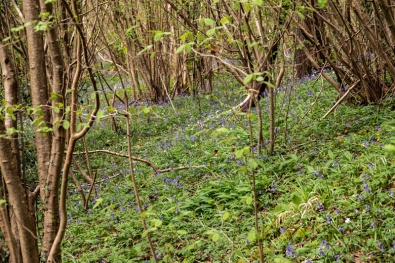 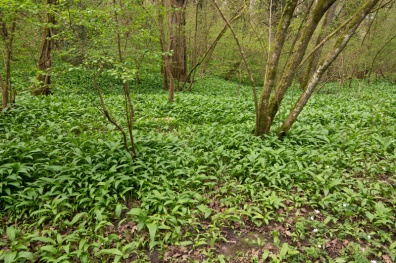 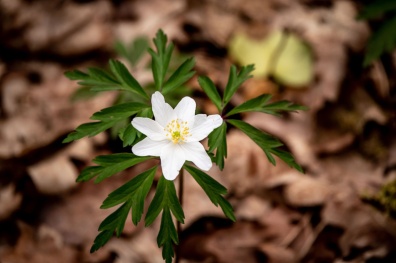