For our last nature trip on our holiday to South Africa we booked our first ever guided  birding trip through the company “Birding Africa” (https://www.birdingafrica.com/) to the Kogelsberg Biosphere Reserve.

“Birding Africa” were very efficient in their administration and our guide David Swanepoel was superb. David quickly assessed our capabilities and designed a programme which was very suitable for us. He clearly had an amazing knowledge of birds and was excellent at spotting and pointing them out to us (not an insignificant skill!). We really enjoyed David’s company throughout the day. He drove us safely and was most a most engaging and interesting character. We arrived safely back at our apartment in Camps Bay after a very full day, exhausted but exhilarated

I have taken the following article about the reserve from https://www.kbrc.org.za which I find most fascinating:

“Just an hour out of Cape Town at the southern tip of Africa, lies an area of such natural beauty and floral diversity as to be recognized as perhaps world’s greatest biodiversity hot-spot. Size for size, the 100,000 hectare UNESCO designated Kogelberg Biosphere Reserve is home to the most complex biodiversity on our planet with more than 1,880 different plant species … the next richest is the South American rainforest with just 420 species per 10,000 square kilometers!

Biosphere reserves are ‘new concept’ reserves: no fences to keep ‘people’ out and ‘nature’ in. It is the commitment of local communities, farmers, conservation agencies and local government that protects the magnificent landscapes and unique biodiversity.

The Kogelberg Biosphere Reserve begins in the Atlantic Ocean, 7.5 km off a rugged, rocky shore interspersed by glorious, golden sandy beaches. A zig-zag ribbon of narrow coastal plain is squeezed between the ocean and huge sandstone mountains. Contorted by their tumultuous birth some 300 million years ago, these awesome folded mountains and highland valleys are home to the more than 1,880 different species of plants. Seventy seven (77) species within the Kogelberg Biosphere Reserve occur nowhere else on earth. To put this in perspective, the whole of the UK has just twenty two (22) endemics.”

Our birding experience started at Rooi-els (about an hour and a half from Camps Bay) where we went looking for Cape Rock Jumpers. David heard them but they did not show themselves to us. However, we had very good views of Orange-breasted and Southern Double-collared Sunbirds, a Cape Bunting and several Familiar Chats, which was more than enough to keep us happy. As we walked along the pathway we also saw a Neddicky, a Cape Rock Thrush, a Cape Sugarbird and Red-winged Starlings. Even more distant up above us we could see a Rock Kestrel, White-necked Ravens and a Rock Martin. 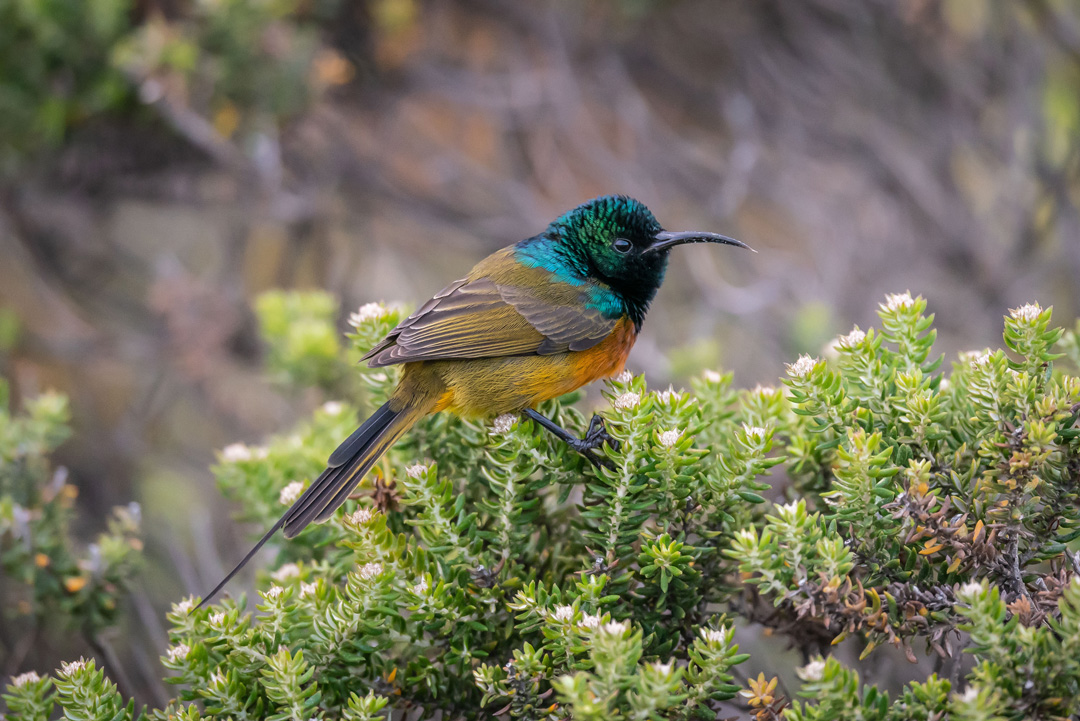 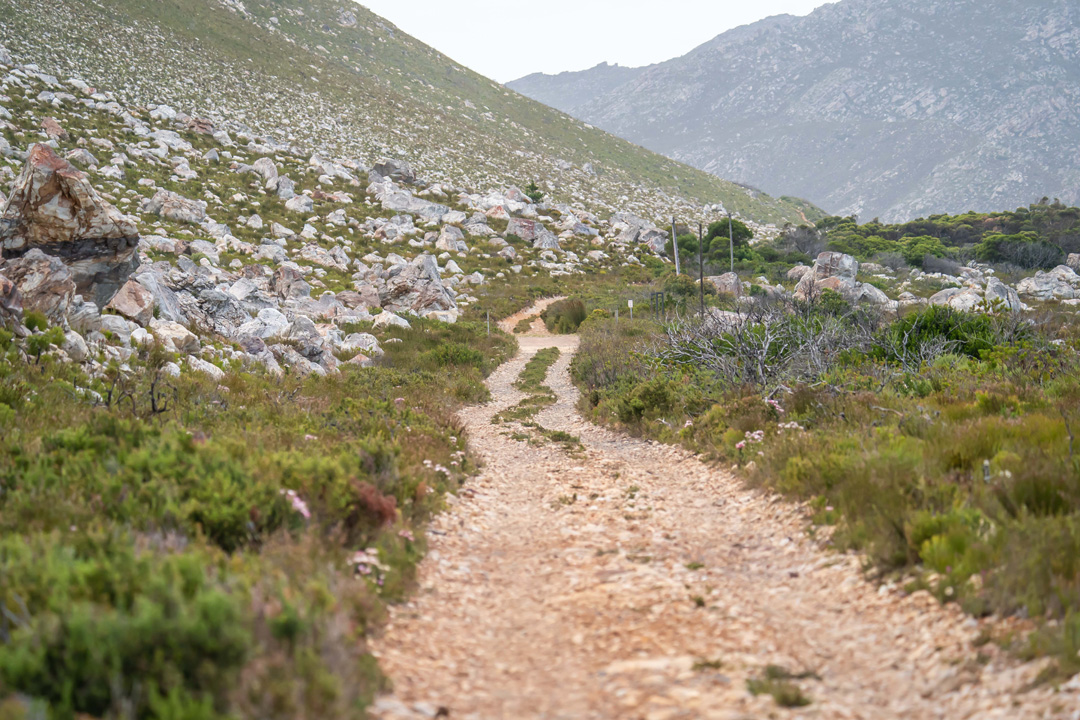 The path we explored at Rooi-els

After a coffee break at Betty’s Bay we moved on to Stony Point (a former whaling station) to see African Penguins. We were also fascinated by the four different types of cormorant which we spotted (Cape, Crowned, Bank and White-breasted) We also saw Water Thick-knees and an African Black Oystercatcher amongst the rocks as well as dassies. These little furry creatures are, unbelievably, the closest living relative to African elephants. 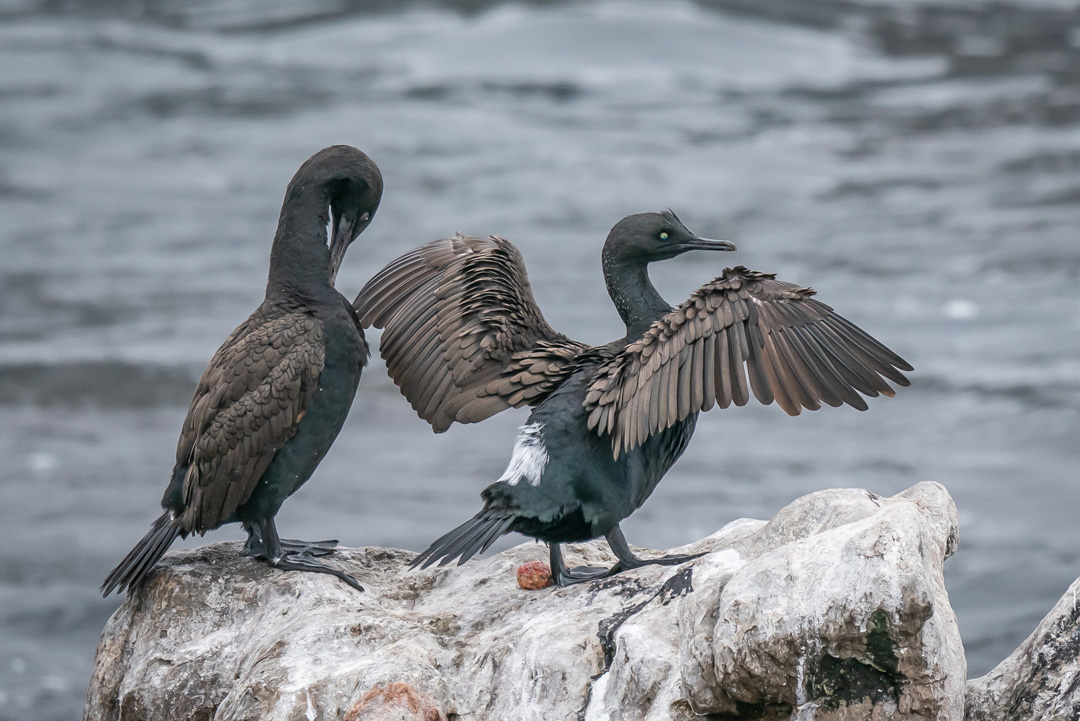 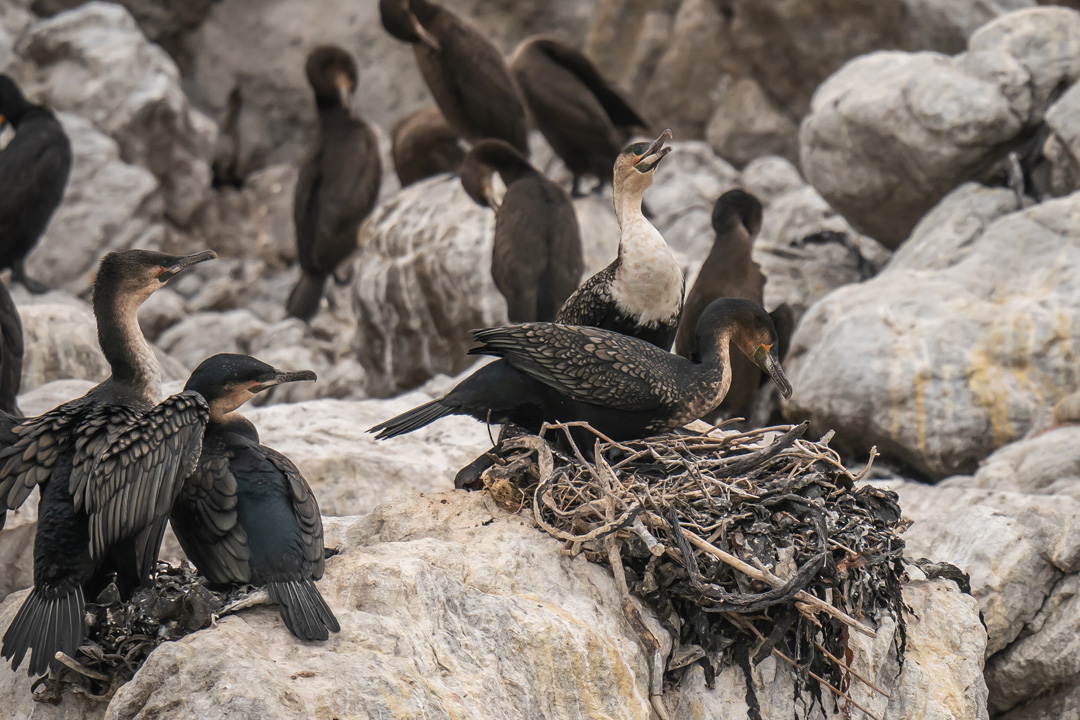 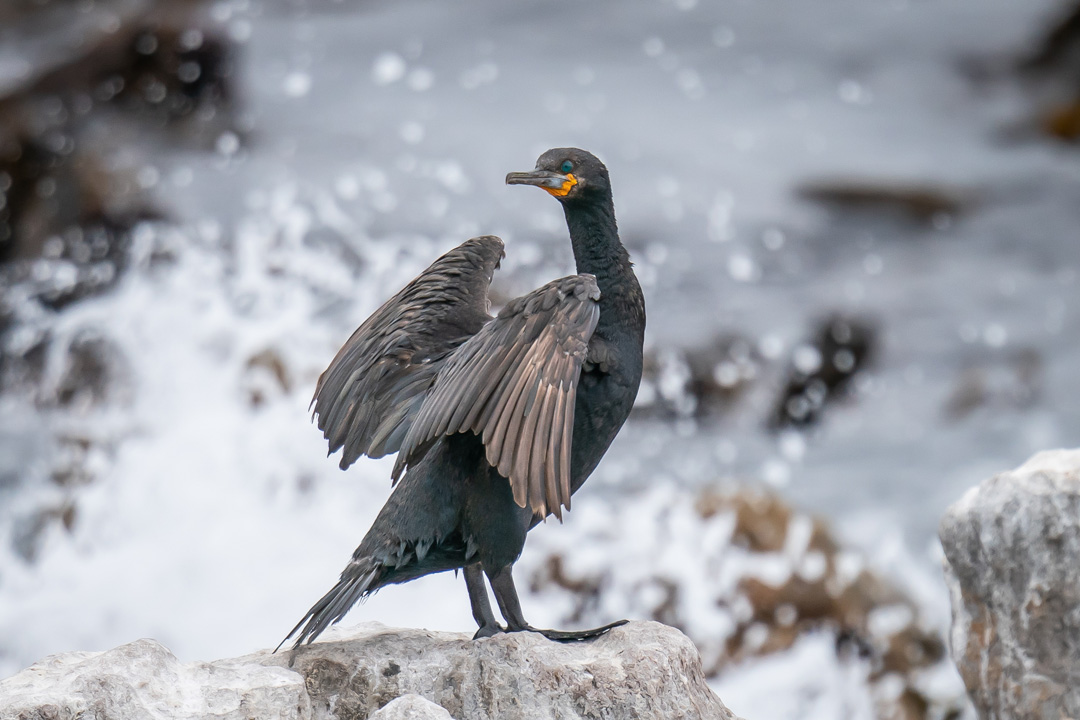 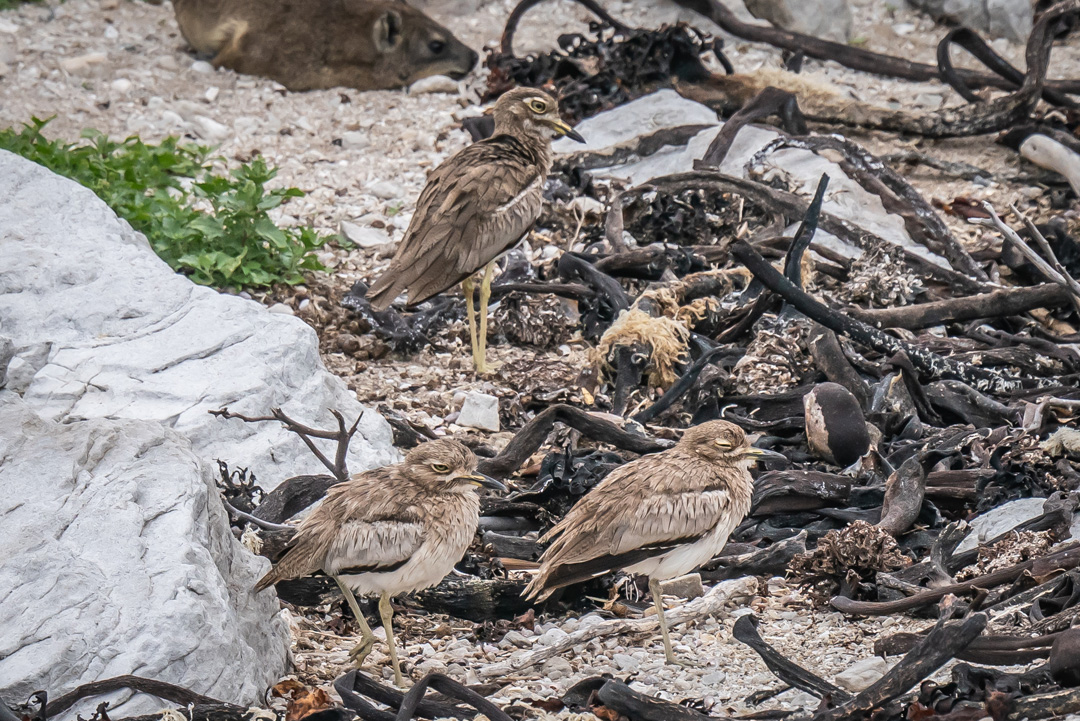 After Stony Point we went to the Harold Porter National Botanical Gardens. Here David picked out all sorts of birds for us. For me the stand out ones were Orange-breasted and Southern Double-collared Sunbirds. We also saw  Fiscal Flycathers,  Cape Robin-Chat,  Karo Prinia,  Cape White-eye,  Malachite Sunbird, Red-eyed Dove, Sombre Greenbul, Forest Canary,  Cape Canary and an African Dusky Flycatcher. Flitting past were also Greater-striped Swallows and Black Saw-wing. I did attempt some shots but I would be too embarrassed to show the results. 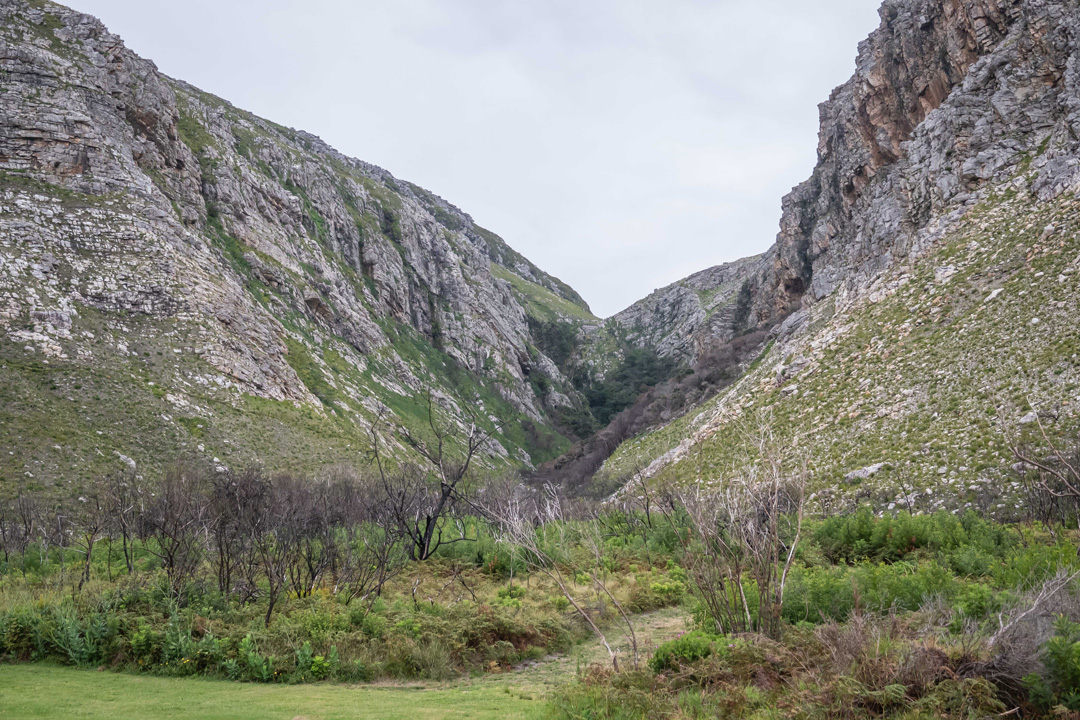 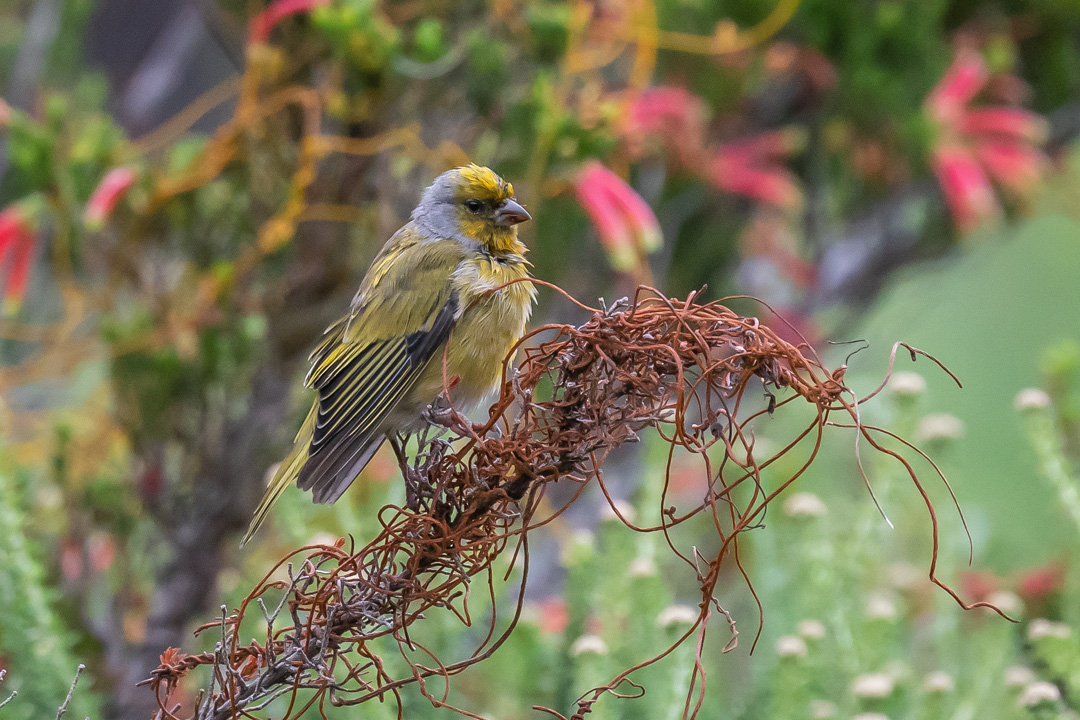 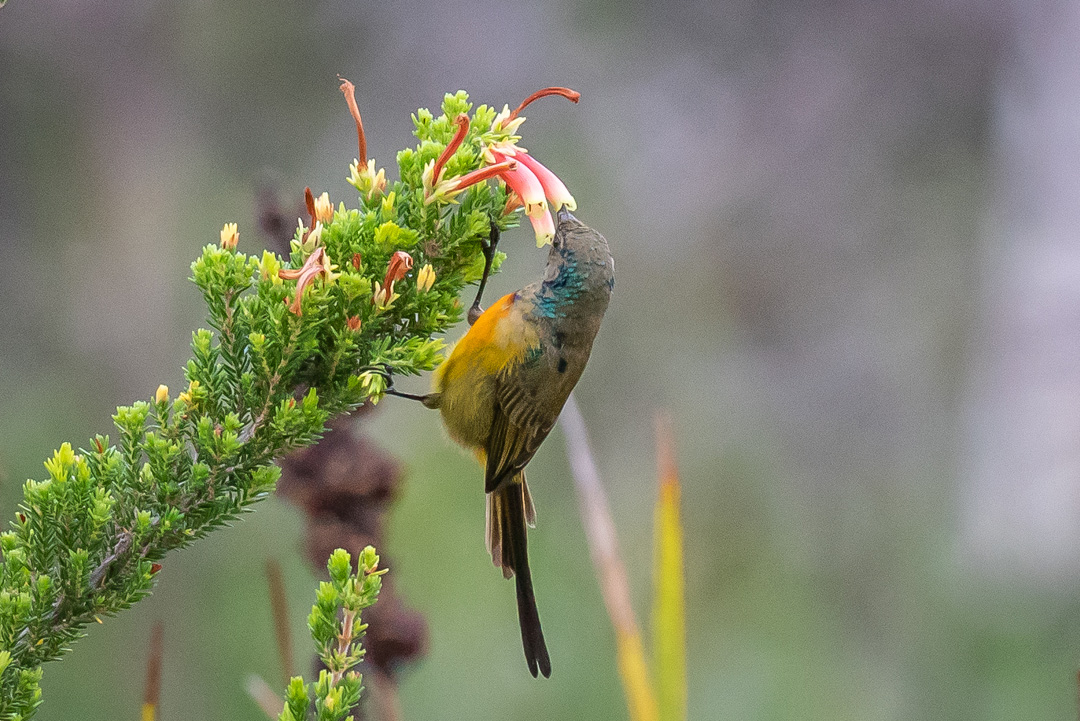 After the Harold Porter National Botanical Garden we returned to Betty’s Bay for a late lunch.

On our route back to Camps Bay we stopped off at at Pardeviei Wetland at Somerset West but the water was very low and, although we could see lots of birds (including Blacksmith Lapwing, Black-winged Stilts and Pied Avocets) in the distance, we felt that we had had enough and set off to face the Cape Town traffic.

The weather was not very kind to us as it was very windy and quite grey. In a way that may have been a blessing as we might have been even more exhausted if it had been a hot sunny day. Nonetheless an amazing day where we saw over 50 different species.