After a few rainy days I was beginning to get cabin fever and so it was great to get out and dodge the showers for a walk around the local park.

A robin seemed to greet us as we walked in to the park.

The water was running high on the weir and no bird was brave enough to take it on.

As we made our way along the River Frome we saw the first of 3 grey herons looking rather forlorn (and comical) sitting in the long jump pit of the adjacent school playing field. The ones on the lake looked more majestic especially with the gold back drop of the reflections on the lake. 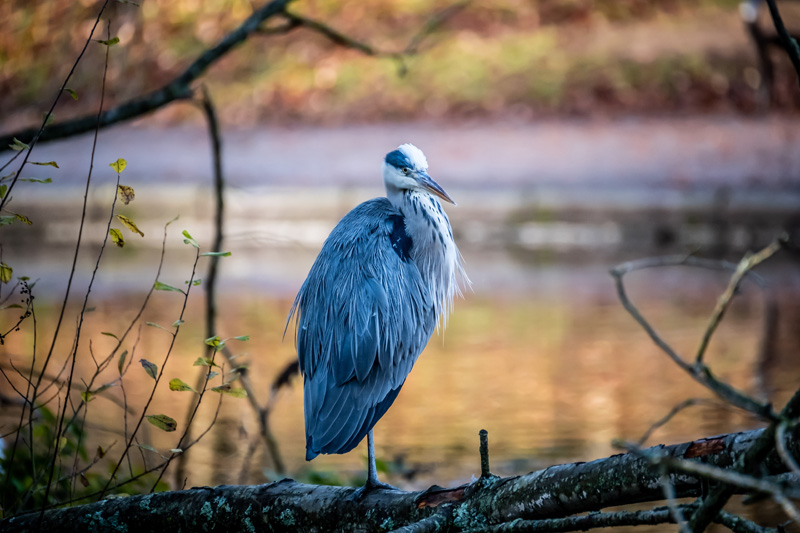 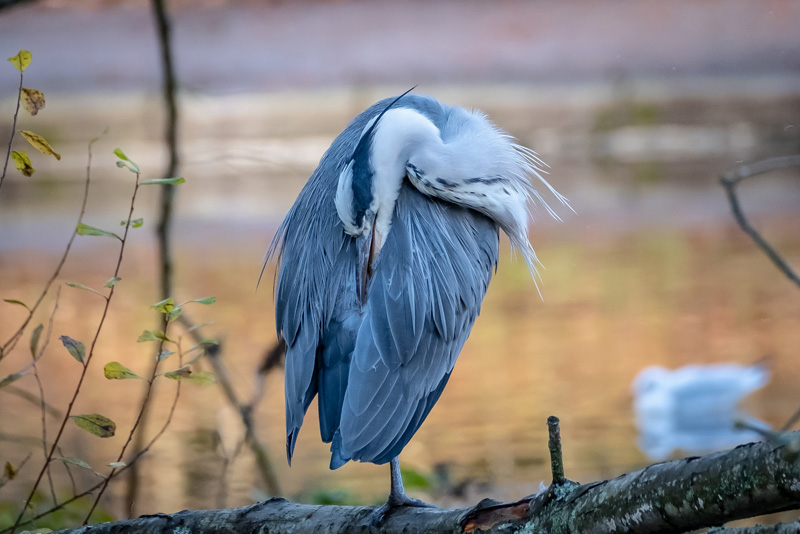 However, they didn’t look quite as imperious as the cormorants sitting high above the lake and enjoying the sun which failed to spill down on us..

On the main island we could still see the tawny owl in its box but as it didn’t show its face it wasn’t worth another photo of a fluffy chest.

Pigeons and ducks fought for a pile of seed that someone had provided at the end of the lake.

A moorhen perched on a log alongside the black-headed gulls and another grey heron.

But the best was the male kingfisher which tantalisingly flitted around the lake and then perched close up as if to show off. 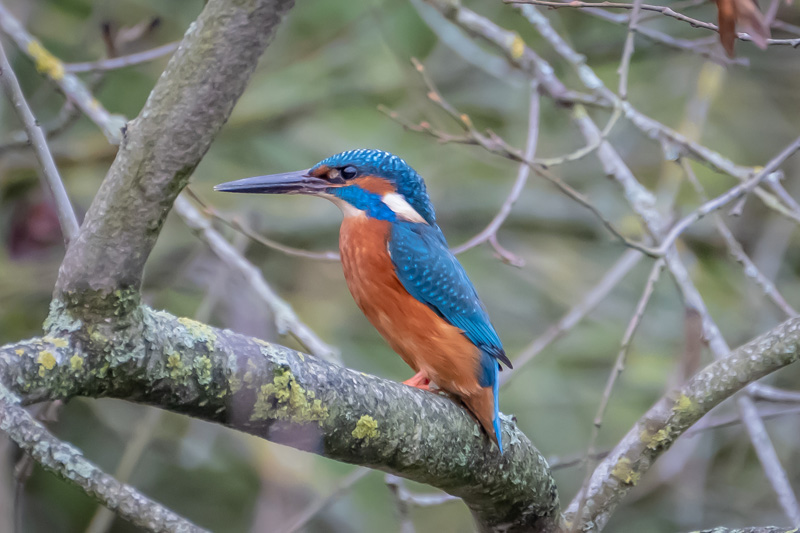 A ladybird seemed confused by the flowers on an abandoned glove on a park bench.

A moorhen took to the water and tried dodging the rain drops beneath the beady eye of a grey heron. 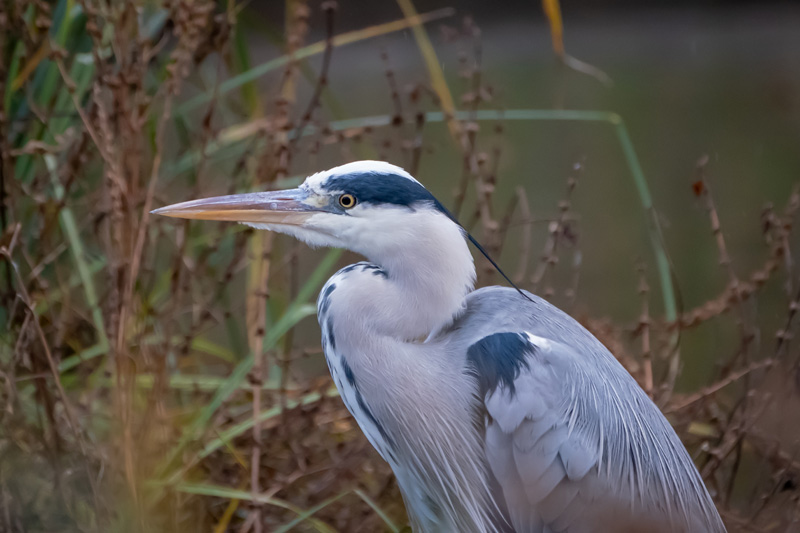 Before we left the lake, as I was looking for a customary grey wagtail, a pied wagtail appeared instead. 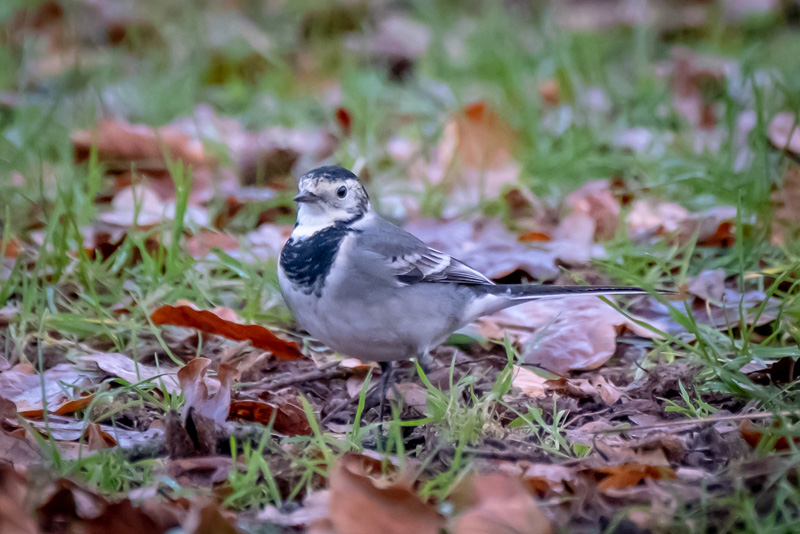 As we headed for home a great tit came to say goodbye. 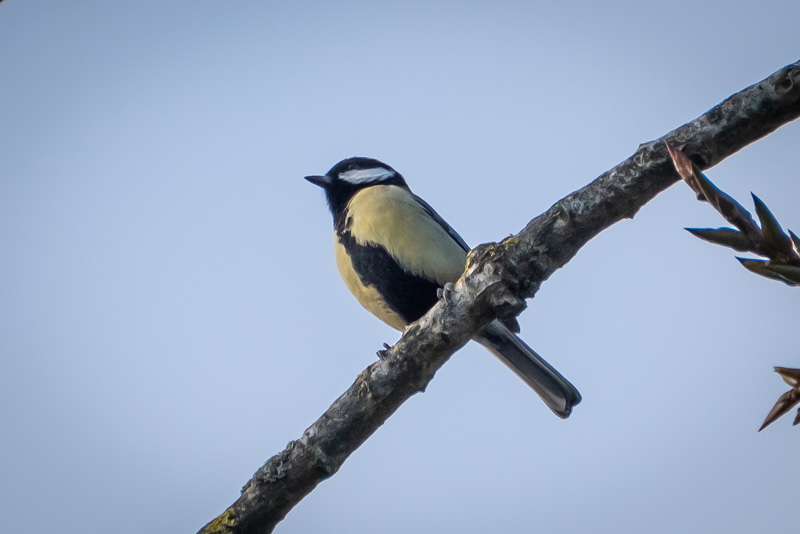 Perhaps not just a fluffy chest – how many tawny owls here? 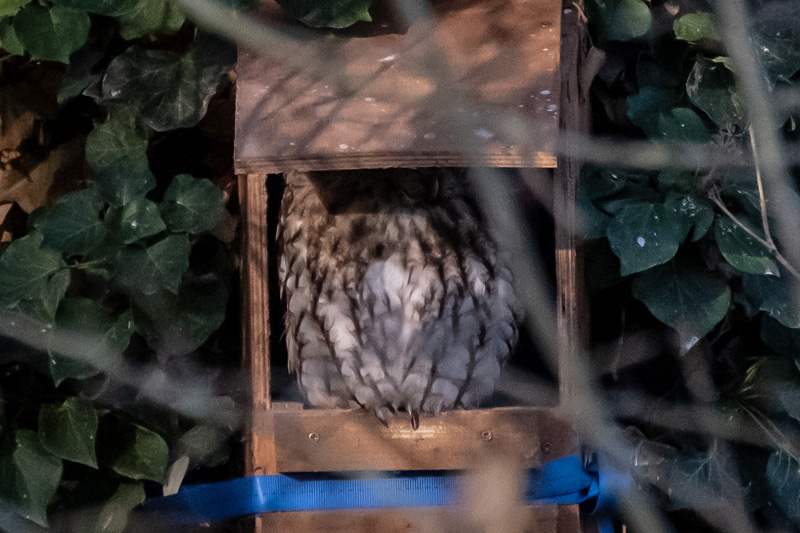 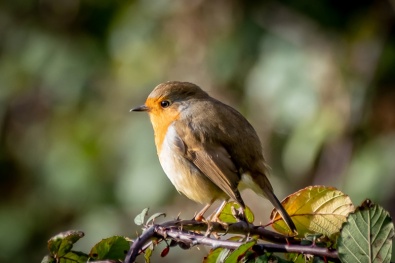 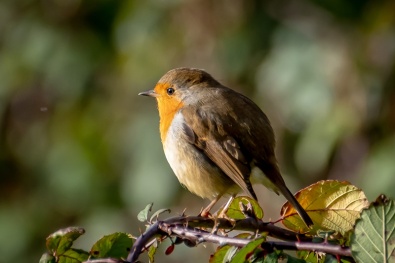 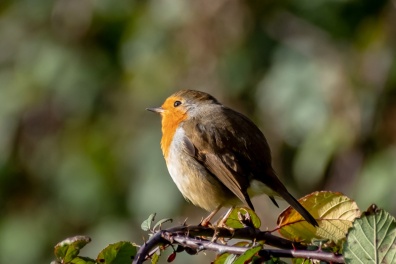 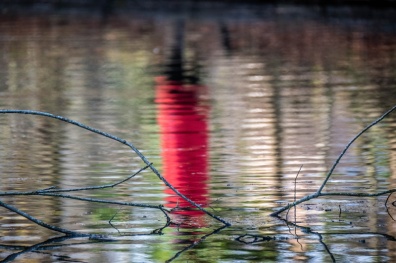 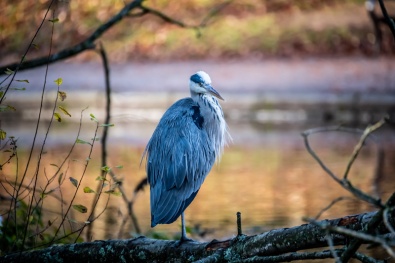 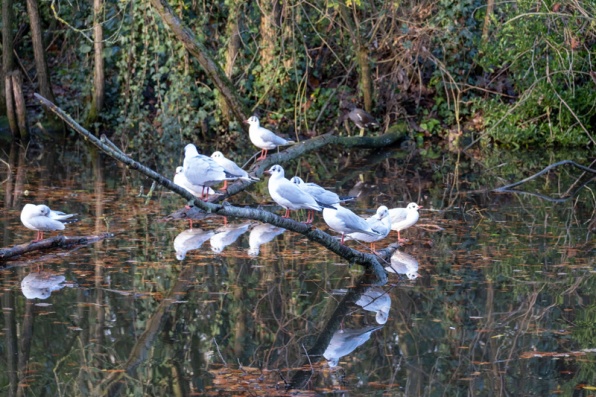 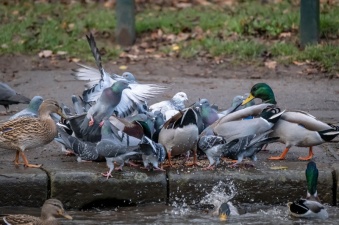 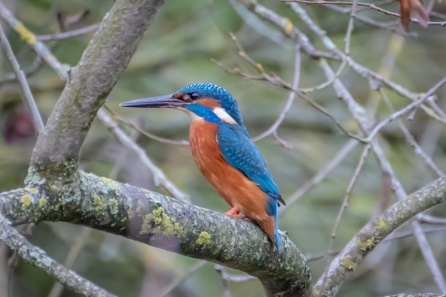 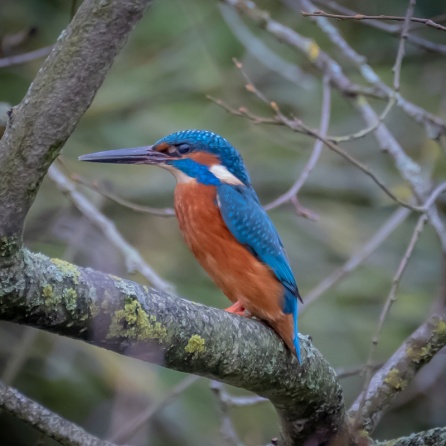 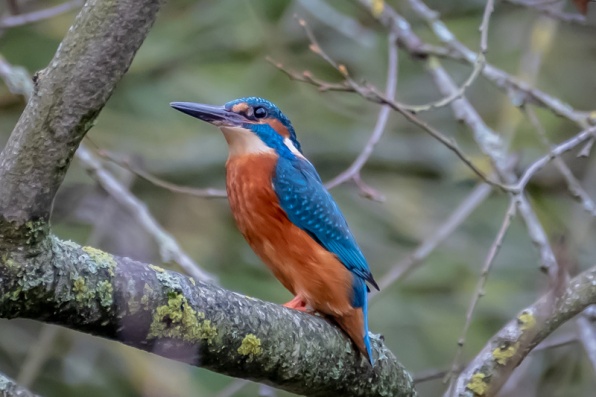 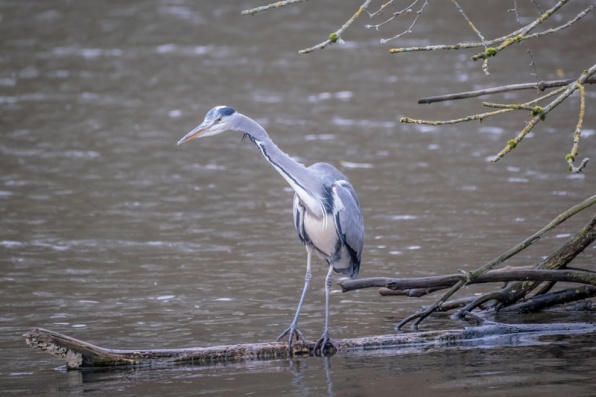 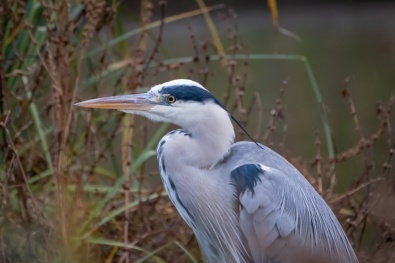 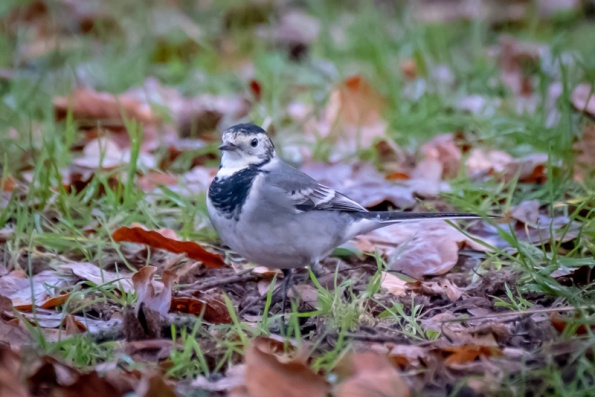 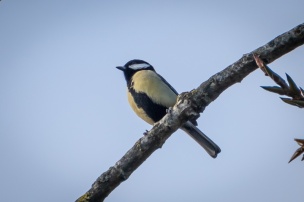