Well, we have been out in the fresh air for most of today; I think it’s the longest I’ve been outdoors on such a gloomy day. Fortunately, it’s been much milder and must have reached 6 degrees centigrade at some point. However, it has certainly not been a day for photographs (even with modern digital equipment).

We were a little frustrated in the morning as we tried to reach Benacre Broads National Nature Reserve but all the signs seemed to warn us off saying that the paths were private and part of a conservation area. Other signs warned of the danger of coastal erosion so we were well and truly stymied. Nonetheless we enjoyed our walk and even visited  St Andrew’s Church at Covehithe built in the ruins of the old church and which was where the P. D. James mystery, Death in Holy Orders, was set and a television episode was filmed at the church ruins.

On our way back we stopped off at the Blyth Estuary near Blythburgh and managed to see plenty of waders and gulls. Even in the gloom, with everything looking black and white, we could make out shelduck, curlew, redshank, dunlin, black-tailed godwits. lapwings, avocets and a huge flock of (mainly) black-headed gulls. 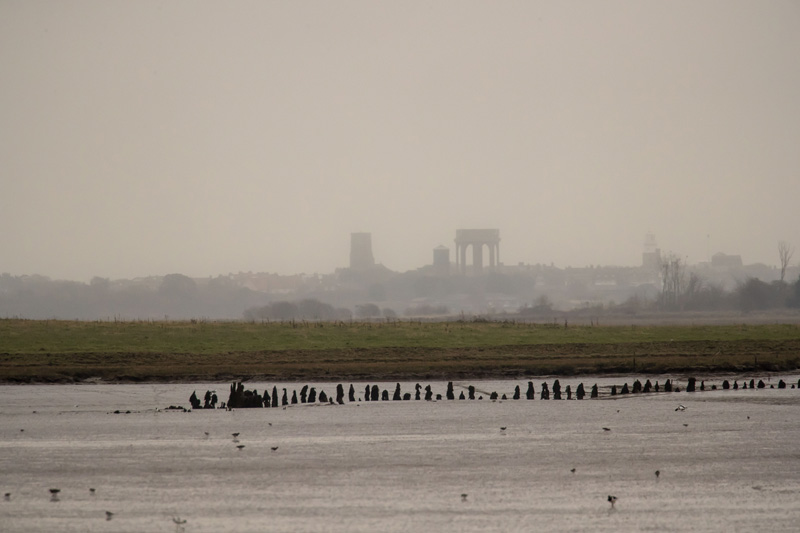 The view across the Blyth Estuary towards Soutwold 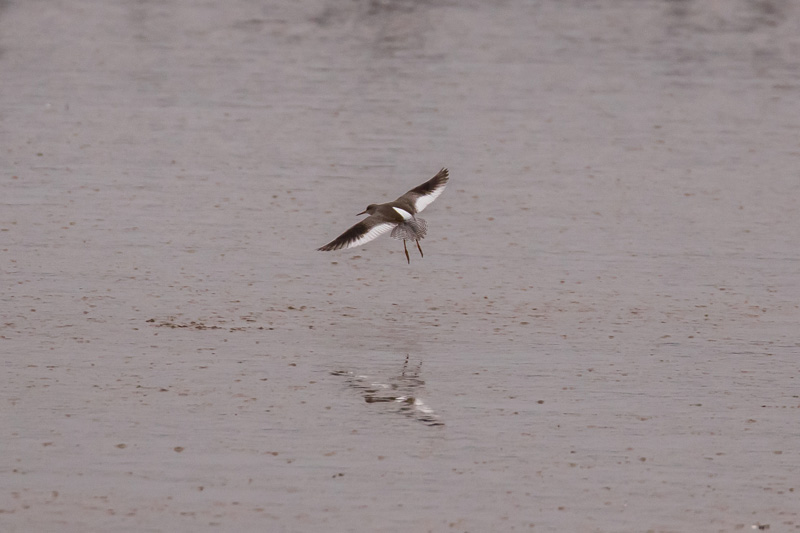 Silhouette of a redshank in flight

Common snipe from the North Hide 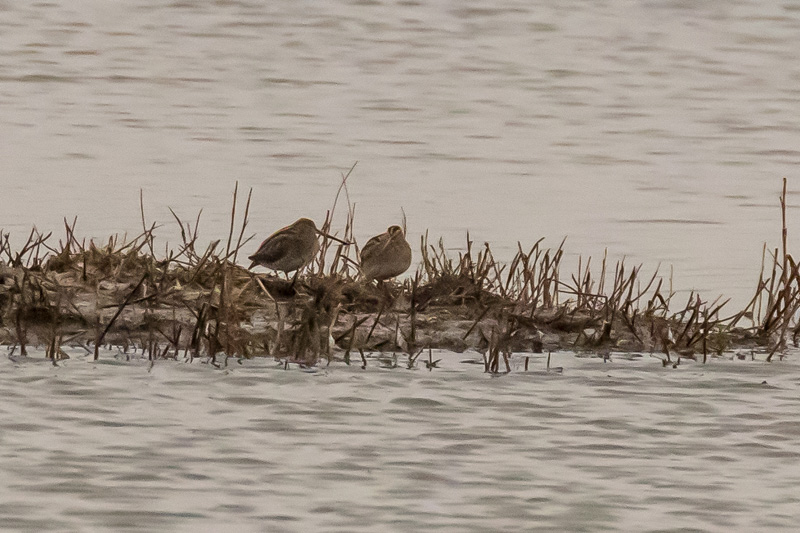 Common snipe from the Wildlife Lookout